Term 1: We are Philosophers 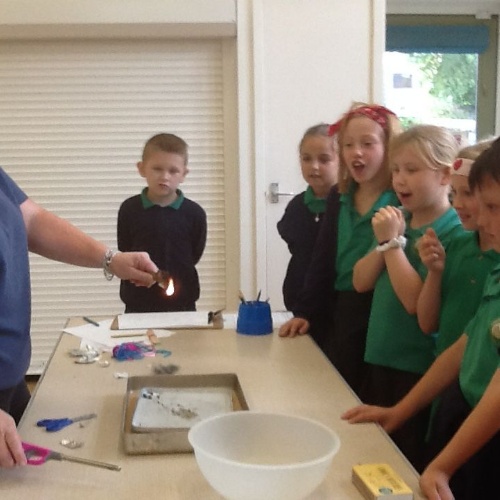 In Dragons this term, we’ve enjoyed learning about Socrates and Aristotle, where and when they lived, and how they challenged many of the existing ideas of their time, for example by explaining the world through natural laws rather than through myths about gods and heroes. We learned about The House of Wisdom, a library in Baghdad in the early middle ages, which was a centre for translation, study and debate and which passed knowledge from ancient civilisations on to Europe.
The children discussed and considered big philosophical questions; are humans better than animals? What makes a good life?  What would you do if you had the Philosopher’s Stone? and they recorded and developed these ideas in their writing.

In Science, they carried out experiments to investigate whether changes made to materials are reversible or irreversible. They observed what happens when you burn a candle in jars of different sizes, what happens to different materials when they’ve been burned and how different liquids react to bicarbonate of soda.
We’ve also begun our study of how human communication has developed over time, from cave painting to radio communication. We’ve mastered how to print from small printing blocks and how to use morse code.
In Maths we’ve been making lots of use of base 10 equipment, place value charts and counters to underpin our understanding of place value. We’ve also studied Roman Numerals, which linked in nicely with our work on the ancient world.
The children have all made great progress in hockey this term and have learned how to dribble, pass, tackle and shoot. They have also really enjoyed improving their football skills.